Uri Geller has seemingly been a spy for Mossad and the CIA.

Has Uri Geller been involved in mind-control - with Obama, Michael Jackson and Jimmy Savile?

Geller with Michael Jackson, who is reported to have been mind-controlled.

"On camera and in interview, Geller still remains coy about his espionage activities."

But, Geller admits that his handlers once asked him to use telepathy to stop a pig's heart.

"I tried to execute missions that were positive," Geller claims.

Geller with former UK prime minister Edward Heath, who has reportedly been linked to pedophile rings, allegedly linked to Mossad.

The new film relies on testimony from high-level officials involved in recruiting and using Geller.

These include scientists from The Stanford Research Institute as well as top CIA operatives.

Among those interviewed are former CIA officer Kit Green, Apollo 14 astronaut Edgar Mitchell and retired US army colonel John Alexander (of The Men Who Stared At Goats fame).

Israeli Prime Minister Benjamin Netanyahu speaks of his many years of friendship with Geller. 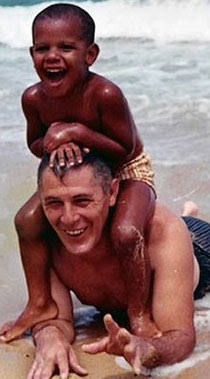 Here is Obama and man who looks like astronaut Virgil Grissom.


In Barack Obama's memoirs we read:

"One of my earliest memories is of sitting on my grandfather's shoulders as the astronauts from one of the Apollo missions arrived at Hickam Air Force Base...

"I remember the astronauts, in aviator glasses, as being far away,barely visible through the portal of an isolation chamber.

"But Gramps would always swear that one of the astronauts waved just at me and that I waved back."

What is Little Obama doing in a NASA isolation chamber?

The astronaut who waved at Obama could be Virgil Grissom?

Here is Obama and man who looks like Virgil Grissom. 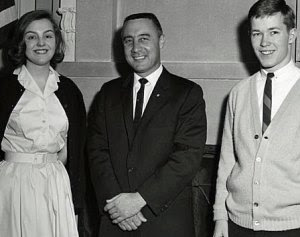 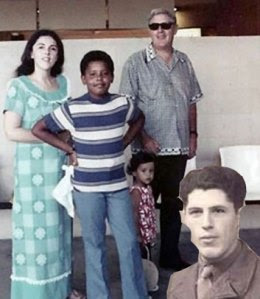 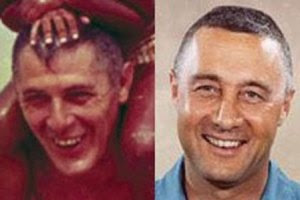 "It wasn’t factually possible for Barack Obama to have observed astronauts from an Apollo splashdown at Hickam Air Force Base in Hawaii before December 1968 when he was attending school, Franciscus Primary School, in Jakarta, Indonesia.

"If Gramps was just a furniture salesman, then something else allowed Obama and Gramps DoD security clearances and unrestricted access to NASA facilities, an early experimental 'Space Kid?' It would best explain his unprecedented access to NASA, astronauts, isolation chambers, air force bases; and repressed memories." 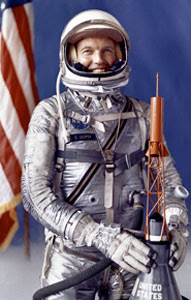 In 2000, Cooper exposed the existence of a mind control program administered by NASA in the 1950′s and 1960′s involving gifted American school children called 'Space Kids.'

According to Cooper, "The space kids were children with exceptional mental abilities run through a kind of MK (MK Ultra CIA brainwashing) program, like the things that are coming out now." 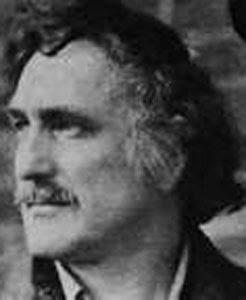 Dr. Andrija Puharich 'You wouldn’t believe how many of these kids are out there... there are probably thousands' said Puharich

The man that Cooper identified with the development of NASA's Space Kids Project was Dr. Andrija Puharich, a mind control expert who sold his services to the highest military intelligence bidder.

He had a close personal relationship with NASA’s director, SS Werner von Braun.

In 1978, while working with the Walt Disney organisation, Gordon Cooper began working with Puharich’s assistant, Valerie Ransone, to expand the Space-Star Kids Project.

Puharich set up a cult of “Space Kids” called the “Gellerings,” twenty adolescents from seven countries that were subjected to intensive hypnosis and trauma based mind control technologies to supposedly develop paranormal abilities as Uri Geller. Puharich worked with Uri Geller.

Michael Jackson's reported involvement with the CIA may be linked to Jackson’s close personal friendship with Uri Geller.

It has been suggested that Michael Jackson had a CIA mind control handler .

An article at the Scotsman explains a possible Geller-CIA link.

Geller was a close friend of Michael Jackson.

Michael Jackson has stayed at the Cedars, reportedly a CIA safe house. 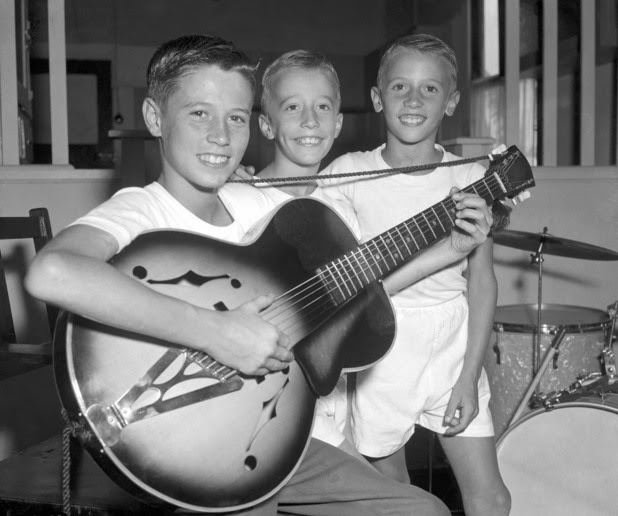 In 1971, Robin Gibb performed in Israel, and praised Israel in an interview with Uri Geller.

Anonymous comments on the spook-occult connection:

"In that world we can draw a line from Crowley to magick to magicians...

Dave McGowan's last two entries in his Laurel Canyon series... are about Houdini

Houdini was clearly a spook.

In the second piece there you'll notice LA's 'Magic Castle' burning down, a thing that happens a lot in Laurel Canyon.

Interestingly Mike Rivero was a magician who appeared at the Magic Castle.

If you scroll down the bottom of the page here you can see Mike's Magic Castle lobby card.

And you can also read of his magical inability to cover anything connected to satanism or the pedophocracy.

Further, one only to has to look to the current version of Houdini, David Copperfield (né David Seth Kotkin, like Houdini was né Erik Weisz) to see what looks to all intents and purposes like an MKULTRA marriage, ie. to Claudia Schiffer.

Even at the time that was discussed as being a sham/business engagement.

He is currently married to another 28-years-his-junior fashion model. Might we call him a 'handler'? Sure looks like it.

Oh, I nearly forgot debunker and 'ex'-magician The Amazing Randi.

Randi sits on the board of the False Memory Sydrome Foundation along with sundry 'ex'-CIA/MKULTRA heavies and 'ex'-paedophiles.

Apparently there's a tape recording of Randi attempting to solicit a teenage boy but I've never heard it myself...

Off the top of my head, were we to go back in time we'd find John Dee to be very interesting.

And then there's the Moloch worshippers and their baby eating machine which resembles nothing so much as some kind of David Copperfield rig.

Just put 'moloch worship' into google and you'll instantly see a picture of it.

The key word in all of this is 'trickery' and spooks and satanists embrace trickery..."

It's alleged he played a role in mind controlling Elvis.

Source for unhealthy occult fixations, to the point where Elvis was taking entourage to visit morgues in middle of night.

2. URI Geller bought Elvis's first mansion, after Elvis's death. Not graceland, but a mansion he'd bought beforehand, which he lived in with his parents. A trophy of sorts?

2A. On side note, URI Geller took notice and contacted alternative researcher Philip Coppens when Coppens began exposing Geller's role in "the 9", a shady project.

In his 2nd to last book, Coppens even mentioned a deal made for U.S. to obtain Geller as an asset, in exchange for yet-more tolerance towards Israel and Moshe Dayan during 1973 Yom Kippur war. (See PhilipCoppens.com)

3. Elvis visited his Jewish "dentist", Hoffman, at 10 pm the night he died.

4. Elvis's manager, Colonel Parker, was a Dutch-Jew on the lamb from murder charges back in Europe. This is why Parker avoided flights, even at the cost of Elvis's career. Parker may even have arranged with ptb to have Elvis drafted at the height of his real career. He certainly could have gotten Elvis out of this, and also was behind the cheesy-movie stint that Elvis got stuck in afterwards. Parker showed up at Elvis's wake in a beach shirt and shorts, never addressing the family and sitting at the back laughing. Soon after Elvis's father started investigating into Elvis's death, with suspicions about Parker, he died.

5. Elvis's girlfriend towards end of his life may have been a handler of sorts. She went on afterwards to become Bruce Jenner's partner, at time that some Hollywood controller convinced Jenner ... one of the world's greatest athletes, with star appeal aplenty ... that he'd need to get plastic surgery to really make it in showbiz. Jenner wanted the career, and so went ahead ... and as with Michael Jackson, they destroyed his appearance under the knife. Made this top olympian come out looking like an old lady. Now he lives .. on camera ... with a whole family of mind controlled women, in an emasculated role.
Anon at 7:15 PM
Share